The mission of the CFC is to promote and support philanthropy through a program that is employee focused, cost-efficient, and effective in providing all federal employees the opportunity to improve the quality of life for all.

Partnerships with nonprofit organizations are a core part of the CFC structure. In each of the approximately 36 CFC zones throughout the country, local and national nonprofit organizations collaborate closely with committees of volunteer Federal employees to design marketing strategies for the campaign and to process the receipt and distribution of Federal employee contributions to the charities they choose.

The CFC is the world’s largest and most successful annual workplace charity campaign, with 120 campaigns (which were merged into 36 campaign zones for the 2017 campaign, centered around federal executive boards and large military organizations) throughout the country and overseas raising millions of dollars each year. Pledges made by Federal civilian, postal and military donors during the campaign season  support eligible non-profit organizations that provide health and human service benefits throughout the world. The Director of OPM has designated responsibility for day-to-day management of the program to its CFC office.

Each campaign is managed by a volunteer group of Federal employees who work with the Campaign Chair to generate contributions and distribute them to eligible charities. This partnership provides an opportunity for Federal workers to become involved in their communities and adds great value to the Combined Federal Campaign for both Federal employees and the participating nonprofit organizations.

The Hawaii-Pacific Area Campaign encompasses the Hawaiian Islands and various territories, commonwealths and possessions in the Central and Western Pacific including Guam, the CNMI and American Samoa. Military and DOD civilian personnel stationed in Japan, Korea, Thailand and other locations in the far Pacific and Asia can donate through the Overseas Campaign, which is managed centrally in Washington, DC.

The Hawaii-Pacific CFC is chaired on an annual rotating basis by the senior military service commanders on Oahu.  The 2021 campaign was  led by the Hawaii Air National Guard, which has transitioned leadership for the 2022 CFC campaign to the U.S. Coast Guard. 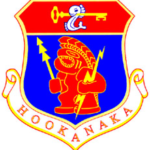 The CFC on-line giving portal opened for giving on September 1, 2021, and the Hawaii-Pacific Area Campaign had its “virtual kick-off on September 20, 2021.  The campaign is now completed and a recognition and turnover ceremony was held onboard USS MISSOURI on March 16, 2022.   For the local CFC website, click the CFC logo thumbnail:

Watch a recording of the recognition and turnover ceremony (FB live):

Want a quick way to find your workplace and get your CFC office code?  Go to the on-line look up table, here:

The CFC Office in the Office of Personnel Management (OPM) exercises broad supervision and provides guidance for each of the campaign zones, and insures that the campaigns are managed per the statutory requirements. A link: https://www.opm.gov/combined-federal-campaign/

For help with the CFC Campaign for 2021, including detailed campaign results for your individual agency, please contact the Campaign Outreach Coordinator: